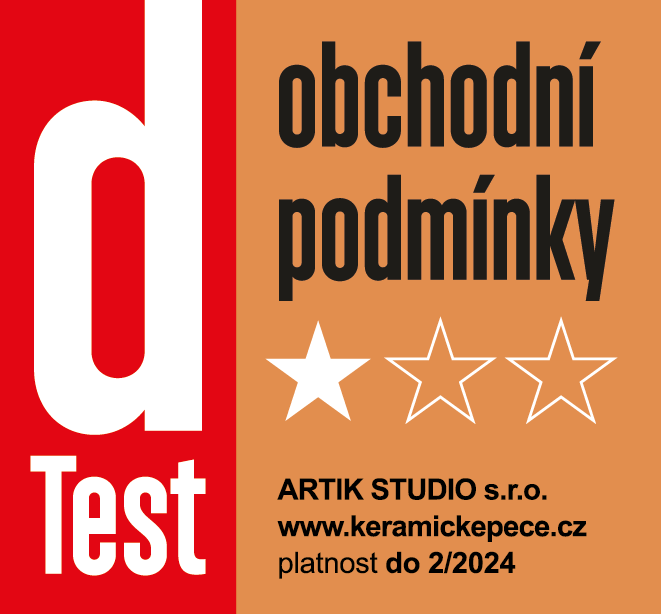 In this category, you can find the offer of slip casting plaster moulds. These are moulds made of special modelling plaster that are used for repeated production of the same clay casts.
The text continues below the list of products.

Assortment of our own plaster moulds 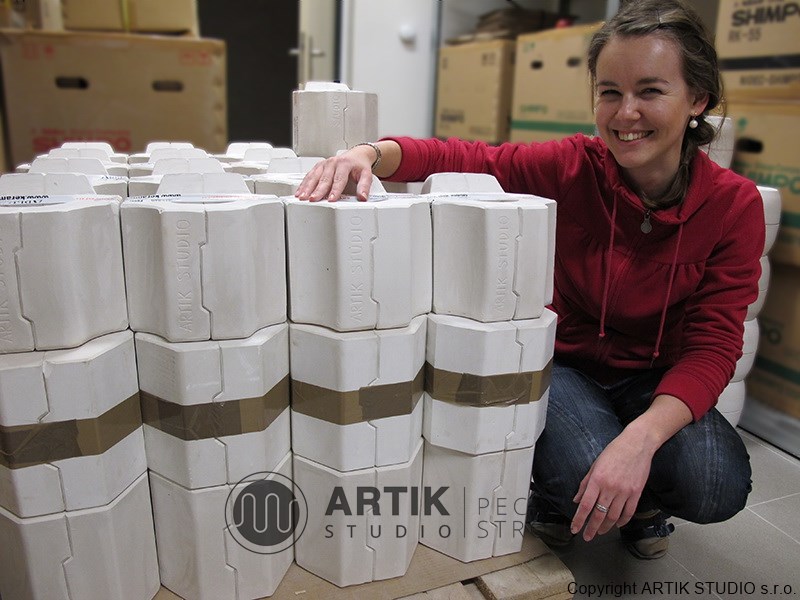 In most cases, slip casting plaster moulds are used in large-scale productions and professional ceramic workshops which produce an assortment of everyday need or decorative ceramic products. Plaster moulds are used for the casting of ceramic mass, the so-called casting slip (sometimes also casting mass) – where the moisture content of the edge of the future cast is drained due to the absorbency, thereby forming the product in the form of a shard.

First of all, it is necessary to properly „rubber“ a mould or secure it against opening. For this purpose, a strong rubber or a strap are most often used. Regarding this, we offer special tightening rubbers in two sizes. Tightening of a plaster mould takes less time than removing the unsuccessful shard from the mould or removing the slip that poured directly on a desk. Before working, stir the casting slip properly until its density is uniform. It is ideal to use a whisk fastened to a drilling machine with speed regulation. Stirring has to be done at low speed, otherwise there is a risk of „whipping“ the material, the air bubbles in the slip will then be causing troubles during the work. Pay attention to proper stirring of the slip and be careful. 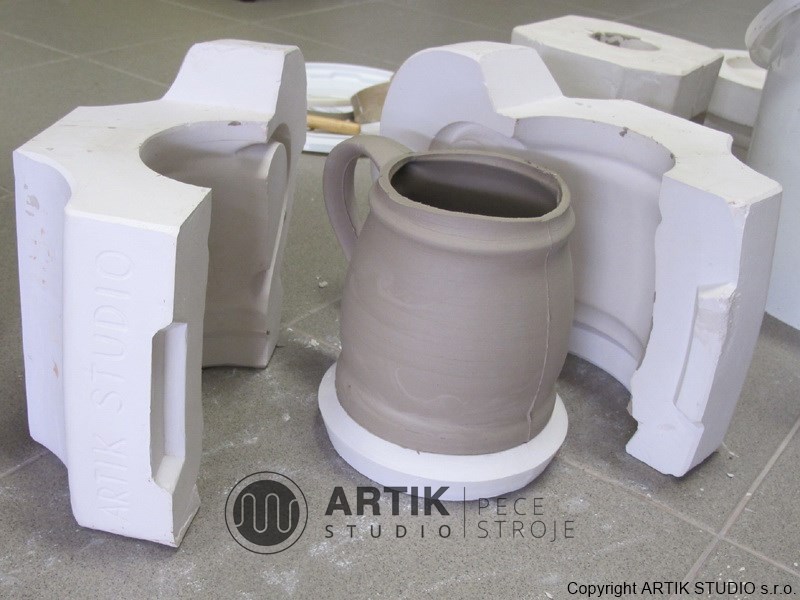 After casting and drying out of the slip, it is necessary to let the plaster mould drain upside down. Then, after draining, the plaster mould is turned back and allowed to dry. The drying time depends to a large extent on the water absorption of the mould. During the period when the slip shall stay in the mould, the type of a modelling plaster, dryness of a mould, its dimension, size or structure and quality of the casting slip itself also play their roles. We can say that for small slip casting plaster moulds 15-30 minutes is enough, for bigger and more complicated moulds, it is sometimes even 60 minutes. It´s a fact that the older or wetter a plaster mould is, the longer this period is too. Above stated periods are also affected by the required thickness of the shard. Someone prefers a thin shard, other people a thicker one.

Towards the end of the drying, carefully clean the upper part of the so-called filler up, ideally by a plastic casting knife. Metal tools can damage the plaster mould. Then carefully flip the cast out. When the cast is in the shape of so called leather-hard body, clean it up using appropriate tools.
The slip casting plaster mould is ready for a re-use only when it is really cleaned thoroughly. Usually, the mould can handle several casts, until it is filled with moisture. Then it is necessary to let it dry. Cleaning is also important with respect to the use of casting masses of different colours. In most cases it is impossible to mix red casting slips with light coloured ones, because the red ones smear them. Therefore, light coloured casting masses are usually used. 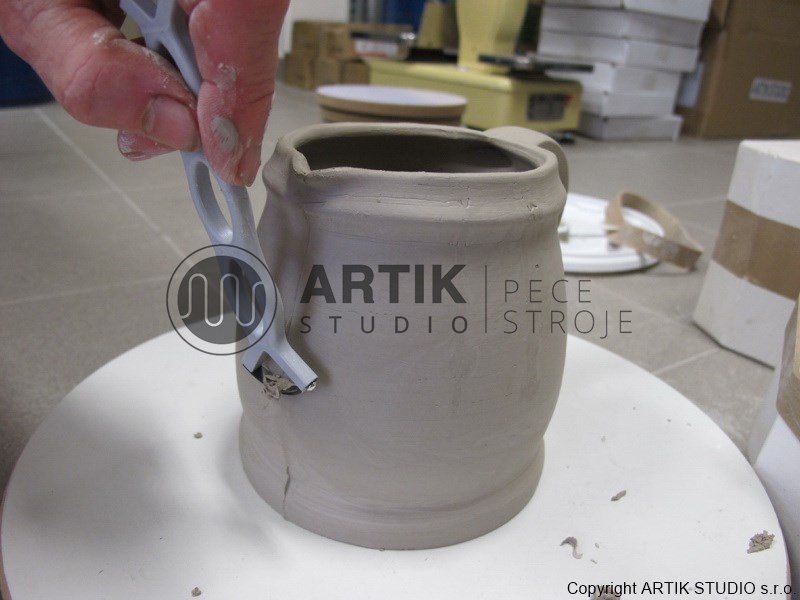 Attention: when using slip casting plaster moulds, do not forget that a good result and easy work can be achieved only if your casting material is well prepared. For smaller customers using the slip up to 300 kilos, we recommend using an already deflocculated slip for this purpose. We are deflocculating the mass ourselves, that´s why it is always fresh and ready to use. We deliver it in 10 litres buckets of 15 kg. For bigger customers, we deliver dry casting slip for use in their own preparation.